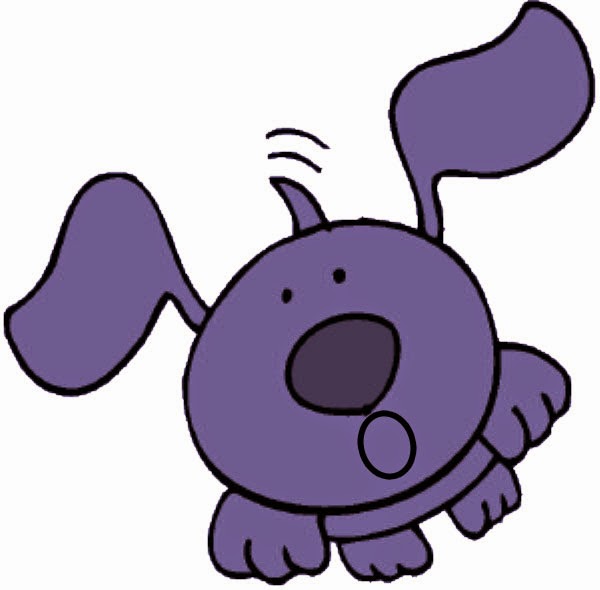 He started out like any normal puppy. Soft and cuddly, with a black velvet muzzle and ears. The size of his feet promised a good sized dog, but we had no idea what that really meant.

He quickly learned to sit and usually took treats without demonstrating the sharpness of his puppy teeth against fingers. House training progressed nicely. He learned to go out in the backyard to do his bathroom business of "poo-ing" and "pee-ing."

That's also where he encountered the Nosy Neighbor Who Hated Dogs.

Little Poo didn't understand why this strange person was peering through a knothole while he did his business. After all, even dogs like a little privacy. Poo growled a warning and moved behind the shed to finish his business.

By that time, I had chased off the Nosy Neighbor--again--and covered up the knothole. So Poo turned his attention to one of his other loves: harvesting vegetables.

This little guy wiggled his way into our backyard garden to nibble on beans and tomatoes and cucumbers. But his favorite was eggplant. The ones in containers on the patio were especially easy for him to pick. After he made a selection, he retreated to a sunny spot on the patio to devour his prize.

As Poo grew larger, so did his appetite for eggplant and his dislike for the Nosy Neighbor. He now patrolled the back fence, barking fiercely when the Nosy Neighbor stared through any crack he could find or create. When I chased off the offender, Poo retreated to the patio to eat his eggplant.

One day, Poo didn't come in as normal when I called him for dinner, so I started searching. He lay in his usual sunny spot on the backyard patio, surrounded by the remains of several eggplants.

He groaned as I patted his bloated tummy, which was turning as purple as the eggplants he had eaten. Then he started growing. Bigger and bigger. The shock in his eyes mirrored mine as I urged him off the patio before his head bumped against the wooden lattice across the top that provided criss-crossed shade.

He continued to grow--bigger and bigger. Now as tall as the second story window of our house. I had no idea what to do.

Poo stood up on shaky legs; his back feet nudging the fence behind our house.

Then it happened. He crouched down and a fart ripped loose--loud as a sonic boom.

The blast knocked down the wooden fence and the Nosy Neighbor who had once again been looking through a peak-hole.

Then came the poo. Mushy and purple. A huge, stinky mountain that grew larger and larger. As the mountain of purple poo grew larger, our dog shrank and shrank until at last he was once again his normal size.

With a deep sigh, Poo sank into the grass and laid his head on his paws.

Muffled retching and sputtering emitted from the other side of the collapsed fence as the Nosy Neighbor struggled to free himself from the purple mountain of poo. I didn't even try to control my laughter.

After the purple mountain was cleaned up and the fence replaced, I noticed two major changes: we had no more problems with the Nosy Neighbor, and our dog Poo didn't eat any more eggplant.

Once again, I learned there is something positive in every big, stinky situation.
Posted by Genene Valleau, writing as Genie Gabriel at 5:05 PM