THE CAT WHO THOUGHT HE WAS A DOG 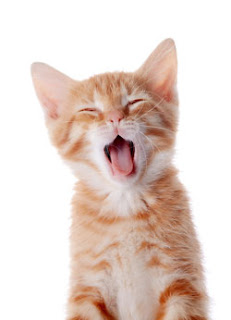 Duncan had a special relationship with a cat who thought he was a dog who used to live in our house. Brooklyn was an adventurous soul who often was scolded for inappropriate behavior. When this happened, Duncan reinforced the corrective action by putting his mouth over the cat’s entire head. Never bit down, just put his mouth over Brooklyn’s head. The cat knew what was coming, and just sat with his ears flattened and his eyes scrunched closed. When Duncan finished correcting the cat and raised his head, Brooklyn just shook it off and went on with his misadventures.

(Excerpted from I Want to Have the Heart of a Dog, by Genie Gabriel)

Posted by Genene Valleau, writing as Genie Gabriel at 12:18 AM