STEWART & THE UNIVERSE HAD A PLAN 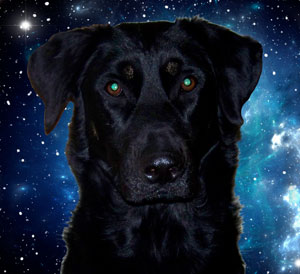 When Stewart returned from foster care to be put up for adoption, I wasn’t considered a good match because I already had five dogs. Reluctantly, I agreed. The kennel manager was and still is a good friend. I have learned much from her and trust her judgment. However, Stewart and the Universe had conspired on another plan.

Stewart was soon adopted. Unfortunately, someone forgot to consult the wife’s cat and he was brought back to the shelter in about a week. I was in the lobby when he came in. Usually, when animals are returned, it’s damaging to them emotionally. However, Stewart didn’t seem traumatized. In fact, he stood on his back legs and gave me a big hug. (He was part German Shepherd and taller than my nearly six-foot height when he did that.)

The kennel manager assured me they would find a good home for Stewart. In a few days, he went home with a couple who had been looking for weeks for the “perfect” dog. The next day, he was back. The process of looking was evidently more interesting than actually having a dog.

By this time, I knew without a doubt Stewart was to be my dog. Too many coincidences to be a coincidence. However, I stepped aside–once again–and told the kennel manager I would arm wrestle her for custody of Stewart if he was returned again. She assured me–again–they had the perfect home. And it seemed they did. For about a week. This time, the landlord who had approved Stewart to live with his new mistress decided he was too big. Back he came.

I simply handed the kennel manager my adoption paperwork, and Stewart came home with me. My home may not be perfect, but it’s definitely home.