Back on the Road with the Rock'n'Romance Series

One more comeback. That was Zach Zacata's dream. Another run at platinum records and sold out concerts.

Zach is running a race with his aging body for one more taste of stardom. Then he can claim Lauren Westover's love. Then he won't be the victim of his ragged childhood any longer.

But Fate has a few surprises in store for Zach that will force him to decide what is truly important to him. 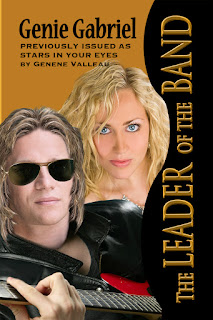 EXCERPT from The Leader of the Band

Don't you die on me too, Zach Zacata. The thought ricocheted through Lauren Westover's mind in tandem with the spotlights flashing across the stage.

Lauren ran across the auditorium toward Zach, straight into a time warp of memories that pushed Zach as far away as the galaxy of stars racing across the video screen behind him.

...The intensity in his laser blue eyes the first day they met. The crisp softness of the hair dusting his chest the first time they made love. The devastating pain in her soul when he left her the first time...

Matt reached Zach before Lauren did. Somber-faced, totally focused on the task at hand, as he had been when Lauren left him at the door of his first grade classroom a dozen years ago. When had her little boy become a man?

Matt worked quickly, loosening Zach's shirt with sure fingers, leaning over his chest, checking the pulse beating at his throat. "Give me some space."

The other band members stepped back as Matt eased Zach down onto the floor. "Roll up that jacket and tuck it under his knees."

The down-filled jacket smelled like the crisp, new snow that had fallen last night as Lauren and Zach walked along the river. Her first night in Idaho in a very long time.

"Is he alright?" Lauren's voice reflected none of the panic threatening to explode in her chest.

"His heartbeat is a little erratic and his breathing is slightly shallow." Matt continued to monitor the pulse at Zach's neck.

"Should we call an ambulance?"

The question reminded Lauren that others were in the rehearsal hall. Slowly, her vision focused on an elfin woman-child with spiky white-blonde hair and a metal loop piercing her navel. The young woman rubbed her arms in a hug, the gooseflesh obvious beneath the cropped and spangled top she wore over a silver metallic mini-skirt.

A practical question, but ambulances meant death, and Lauren wasn't ready for Zach to die. "Everybody take five while we see what's going on."

A murmur of comments arose from the semi-circle of band members gathered around Zach.

"Damned inconvenient." A scowl settled on the pretty face of the lead singer as he grabbed a pack of cigarettes. "We're booked to record in L.A. in two days." He hooked a cigarette into the corner of his mouth and stomped out of the room.

Lauren didn't wait to see what the other band members did. She turned her attention back to Zach, longing to see his crooked grin kick up on one side of his mouth as mischief sparked in his eyes. She didn't know what to do with this pale, still man lying on the floor.

"Why don't you bring a glass of water?" Matt met Lauren's gaze as a moment of shared sorrow and loss stretched between them. "Zach will be fine, Mom."

Would he really? Or did Matt simply know that's what Lauren needed to hear?

Lauren rose and hurried to the bathroom next to Zach's private recording studio. She filled a glass with water, staring at the woman in the mirror.

A lifetime of preparing for beauty pageants ensured that none of the fear clenching her belly reflected in her blue eyes. None of the helplessness turning her limbs to jelly sagged along the oval of her jaw line.

Never show the world what you're really feeling, her daddy had advised. Yet that stiff upper lip came at the emotional cost of not letting anyone close enough to love her.

Water splashed over the rim of the glass and onto the mauve silk of Lauren's blouse. She stared at the stain spreading across the fabric, as her husband's blood had done three short years ago. Lauren shivered. Zach would be fine.
As the door to the rehearsal hall swooshed closed behind Lauren, Zach looked up from where he was sitting at a console built to resemble the command center of a starship.

The crooked grin he aimed at Lauren wavered a bit as he accepted the glass of water she held out to him. "Ah, thanks, cherí. I am a little thirsty."

The band's elfin singer hovered near Zach's shoulder. "You frippin' scared us half to death."

"Just some indigestion." Zach brushed the comments aside.

"Too much greasy food," Cricket scolded Zach. "I offered to share my tofu burger."

"Ew, please." Zach made a comical face. "You really will make me sick. Where are Dane and Jerry?"

Zach blew out a breath and nodded slowly. "Let's call it a night."

"Then the party will just be getting started. Go." Zach made a dismissive motion with one hand. "I'll keep Lauren occupied so she doesn't spoil all the fun."

"Well, if you're sure." Cricket still sounded uncertain.

"I'm sure." Zach's trademark grin was now firmly in place.

"Okay." With a kiss on the cheek for Zach, Cricket turned to the band's drummer. "How much will it cost me to bum a ride with you, amigo?"

The younger man's dark eyes lit with mischief. "We can negotiate on the way."

As they disappeared, Zach nudged Matt with his elbow. "Aren't you going to party?"

"You're too responsible, my boy," Zach said. "You need to have some fun."

Matt just smiled slightly and settled onto a stool with his guitar. Within seconds, he was immersed in the music drifting in perfect tune from the old instrument.

"The kid really is talented, you know," Zach said.

Lauren stared at Zach. Was she imagining the exhaustion shadowing his eyes and deepening the lines around his mouth? "Yes, I know."

With Zach's arm over Lauren's shoulders, they walked through the glass-walled corridor that connected the rehearsal hall and auditorium to Zach's main house. Questions continued to tumble through Lauren's mind. Doubts and fears that she didn't express, lest giving them voice would lend them power.

A flurry of snowflakes blew against the floor to ceiling windows, making Lauren glad she had purchased warmer clothing for the weather in the Idaho mountains. Yet the thought of traveling to sunny Los Angeles in two days brought a chill no amount of warm clothing could dispel.

Was she crazy to think she could do this? 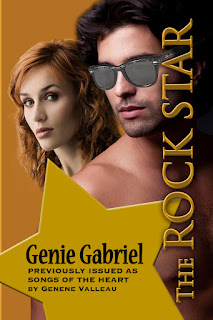