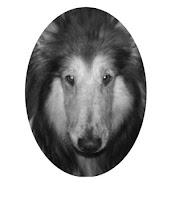 “Even those who have been abused deserve to be loved, as you loved me. You didn’t care I had been abused. That simply made you love me more... Our hearts connect because you don’t shy away from us, but embrace us with your loving heart.”

HOMELESS DOGS CAN STILL BE COOL!

Homeless dogs own a big piece of my heart. All of my current pack came to me because they needed a home. While most were rescues or strays who found their way to the local shelter, one was a beloved companion whose family was facing a major health crisis.

So it’s easy for me to give a big paws up to International Homeless Animals’ Day. Established in 1992 by the International Society for Animal Rights (ISAR) this special day is intended to draw attention to pet overpopulation and promote spaying/neutering. Since its beginnings, International Homeless Animals’ Day has grown to include celebrations all across the United States as well as in fifty countries on six continents. According to the ISAR web site, celebrations include candlelight vigils, spay/neuter clinics, adopt-a-thons and much more.

Most of my support for homeless dogs has been the hands-on kind. I fell in love every day for the year and a half I worked at Willamette Humane Society, celebrating as each dog found a new forever family. I also tried fostering for awhile, but ended up adopting most of them. Some are still with me, and others are now doggie angels who shared my life for a time and claimed a piece of my heart.

Here’s a bonus: if you’re a bargain hunter in the Salem, Oregon area who wants to help support homeless animals, WHS is celebrating International Homeless Animals’ Day on September 2-3 with a special 50% off sale on many items at their Thrift Store (548 High Street NE, Salem, OR 97301).

And remember, if you want to adopt a homeless pet, cool dogs can be found at shelters!

August’s doggie host on the Quantum Canines blog is Duke.

I received this message from Duke as I was writing the book, I Want to Have the Heart of a Dog: “I want you to remember the joy you felt when you first saw me. Another Collie–the love of your heart, your special messengers just as Tippy told you we would be. I came as a reminder we were still with you. We would always be with you.”

Posted by Genene Valleau, writing as Genie Gabriel at 8:41 PM No comments:

ANOTHER COLLIE TO LOVE 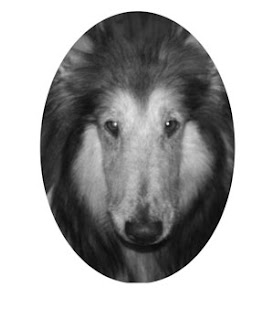 Many years ago after my beloved Lady transitioned, we rented a house. Our apartment was nice, but I’m happiest in a house, preferably one I own. A rental was one step closer to having our own house again and space for a dog.

The dog showed up first. My parents found Duke wandering on the road on the Fourth of July. Mistreated, from the look of scars on his muzzle and his actions.

Another Collie and I fell in love instantly. After several months, my kids and I found another house to buy, built a fence, and brought Duke home with us.
Posted by Genene Valleau, writing as Genie Gabriel at 11:59 PM 2 comments: