I read something a couple days ago about choosing one word as the theme for the upcoming year instead of setting resolutions. The word that popped into my mind was "MOVE!"

It fit with what I want to accomplish--move my body, move the extra stuff out of my house, move my doggies and me to acreage.

Of course, my doggie herd has an opinion on everything, and they thought one word wasn't enough of a motivator. So they came up with their own New Year's resolutions for me. Here are a few of them that fit with my one word:

--Get up from that computer more often and play with us!

--We want longer walks! That will help you move more, right?

--Get up earlier in the mornings and move yourself faster to fix our breakfast!

Do your pets help write your New Year's resolutions? What are they?
Posted by Genene Valleau, writing as Genie Gabriel at 2:01 PM No comments:

WHAT'S YOUR REACTION OF HABIT?

IF A DRIVER CUTS YOU OFF, WHAT IS YOUR REACTION?
A spurt of anger? Flipping them off? Wishing them peace and a dented fender? Neutrally accepting that not everyone behind the wheel is a good driver at all times?

This morning, I realized my reaction to many small irritations is an instant burst of anger.

WHY DO YOU REACT THAT WAY?
As I've been doing for a number of years, I dug around in that reaction for a while.

Why did I react in anger? Well, I grew up among anger. It's familiar. I know how to deal with it. I don't like it.

So if I don't want to react with anger and don't like the after-emotion of being ashamed of this reaction, why do I do it?

And I realized: it's a reaction of habit.

YOU CAN CHANGE A HABIT!
Then I wondered…if I can experience a burst of anger, why not a burst of love? Or a burst of patience? Or a burst of...nothing. No reaction other than it was a fact someone wasn't driving perfectly and I was glad it didn't result in an accident.

I could choose my reaction and practice until it became automatic--a reaction of habit.

But one that felt good.

And it didn't have to be limited to the driving decisions of others. I could choose my reaction to any situation and be proud of it!

A REACTION OF HABIT CAN BE POSITIVE!

OUT OF THE MOUTHS OF DOGS... 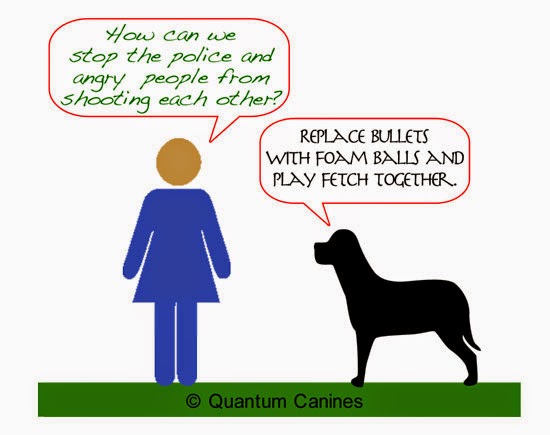 Posted by Genene Valleau, writing as Genie Gabriel at 6:01 PM No comments:

I didn't start talking with animals until I was in my fifties. Just like a light switch being turned on, conversations with animals came instantly.

I was so excited! I thought everyone else had been talking with animals and I was just late to the party.

ARE YOU NUTS?
When I shared my experience with others, some people were enthusiastic about my discovery.

However, many people looked at me doubtfully. From the reaction of others, it was obvious they thought I was nuts.

I'm not talking Jane on the streets. These were people who loved animals, had worked with animals for years, and who had pets of their own.

NOT EVERYONE BELIEVES
So I became more careful who I told about this precious gift. But animals and I continued to communicate. What a difference it made in living with my own dogs!

They told me if they were achy. They gave me the reasons why they did certain things. And they let me know in no uncertain terms when they wanted meals and what they wanted. :)

I WANT TO TALK TO MY PEOPLE
As I worked with animals outside my own pack of dogs, they consistently said they wanted to talk directly to their own people. It was nice to talk to me as an animal communicator, but their hearts' desire was to communicate with their caretakers.

So if you love animals and have a desire to communicate with them directly, I urge you to check out some animal communicators who teach others how to do this.

Since my gift came simply by asking a dog a question and expecting an answer, I don't feel qualified to teach people how to talk with their own pets.

However, other animal communicators do offer this. Val Heart is one person I know who offers a free "QuickStart" to talk with animals. Her web site is <http://www.valheart.com/>. (No, I'm not an affiliate and don't receive any money for suggesting her. I just like her work.)

There are other animal communicators who teach people this skill. I'd suggest searching the Internet for animal communication classes, then checking information until you find someone you are comfortable with.

YES, YOU CAN TALK WITH ANIMALS!
Some people don't believe it's possible to talk to animals. That's their choice. However, I continue to have discussions with animals and have for almost a decade. Doing this has brought much wonder, joy and learning into my life.

If you want to deepen your bond with your pet, or want to help other animals, I urge you to check out communicating with animals.

YOUR LIFE WILL NEVER BE THE SAME...
Posted by Genene Valleau, writing as Genie Gabriel at 1:50 PM No comments: 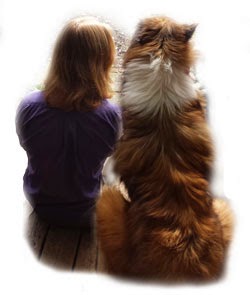 'TIS ALMOST CHRISTMAS!
And I wish for you the kind of joy I have received from the dogs who have shared my life. So I am offering a gift: a FREE download (PDF format only) of my book, I Want to Have the Heart of a Dog, between now and December 25. Simply go to my web site <http://www.quantumcanines.com> and click where instructed under Special Holiday Gift. MERRY CHRISTMAS and doggie kisses to all!

Excerpt from
I Want to Have the Heart of a Dog:

Fur against my face and the soft smell of a dog curled protectively around me existed before my first memories of this life.

My mom used to tell stories of me as a toddler, sleeping with my head pillowed on our Collie’s belly. And of my brave furry protector forcing an uncle back into his car because I was outside without a parent. Never mind we lived out in the country where only relatives or nearby neighbors came to visit.

Tippy took his duties seriously, and executed them well. For ten years, he was a companion, a pillow, and a protector...

Though I didn’t realize it at the time, Tippy began my life-long love of dogs, and set the standard for all dogs who would follow in my life.

And those were not the last years Tippy and I would share...

From Tippy:
…we will always be with you--your furry angels who you can love and trust unconditionally and feel safe with. And though you won’t put this together until well into this lifetime, Collies will carry a special message for you, as I do. You will feel drawn to them, and they will appear at critical times to guide and support you. But don’t overlook the other furries who appear in your life, for they also bring messages--to hope, to play, to love, to look for the joy in this lifetime. For it is there, sometimes buried and forgotten in the angst of your self-punishment, but it is there.

Good-bye for now, my beloved. I will always be available to you and now entrust you to another set of paws to share your journey.

Posted by Genene Valleau, writing as Genie Gabriel at 12:38 AM No comments:

IT'S NOT WOO-WOO, IT'S SCIENCE

Received Gregg Braden's newsletter today with a number of interesting articles and links. For those who haven't heard of him, you might want to check out his web site <http://www.greggbraden.com/>.

In high school, I decided I didn't like science when required to dissect a critter. However, the work of Gregg Braden is one of the reasons I have become a science-y geek girl several decades later.

He explains science in plain English and relates it to our every day lives, presenting possibilities that are limited only by our minds and imaginations.

Following this example, this month I'll be updating my Quantum Canines web site <www.quantumcanines.com>, to include scientific explanations for the work I do that some people consider "woo-woo."
Posted by Genene Valleau, writing as Genie Gabriel at 2:58 PM No comments:


This is too good to keep to myself...

AT 3:48 PM--yes, the time is important--friends with a pet sitting business called me. They had received a call from a young man who rescued a Husky from an abusive situation by convincing the owner to give up the dog. However, this young man's heart was bigger than his back yard and he couldn't keep the dog permanently, so was looking for a good home for this young dog.

We talked a bit about options to find a home for the dog, then I sent an email to the local animal shelter asking if they could give me the contact info for any Husky rescues in the area. The foster/rescue coordinator sent me an answer quickly and I forwarded that info to my friends.

In the meantime, my friends contacted the young man who had rescued the dog and received good news...

AT 5:27 PM--yes, about an hour and a half later--my friends called me back, saying the neighbors of this young man had noticed he had this dog, knew he couldn't keep a dog where he was, and had talked to him.

This couple had been on breeders' lists for two years looking for a dog exactly like this Husky. A deal was quickly agreed to, and the Husky rode off with her new owners, on the way to the pet store with a blank check.

FROM STRUGGLE TO HEALING 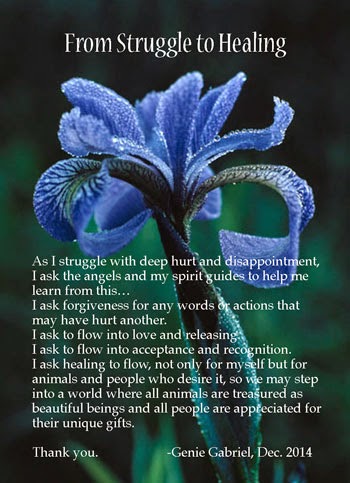