With their world destroyed and their space ship malfunctioning, the dogizens of Planet Canid have little choice but to crash land on Earth...into the barn next door to Aunt Maddie’s castle.

While former playboy Ryan Madison and elfenchaun Dori plan their Christmas wedding, an online scam to help extraterrestrials has the Blue-Haired Ladies arguing about whether aliens are real. When a space ship crash lands into a neighbor's barn, Dori and Aunt Maddie help deliver the Canine Queen's puppies and hide them in their modern-day castle.

Furious, the evil commander of the Geeks in Green tracks the aliens for tortuous experiments. Using Uncle Horace's invention of portable cloaking devices, Ryan and his zany family sneak into GIG headquarters to foil this dastardly plan while the Blue-Haired Ladies stage a Nertz tournament as a distraction.

Aunt Maddie’s latest misadventure takes her and Uncle Horace to an abandoned village in Sardinia, Italy in search of a new dogdom for the Royal Canines, where they become caught up in rescuing dogs captured by a crime lord who wants all the kibble for himself.

Using a retro-fitted space ship, they work cheek to jowl with their niece, who walks the streets in a dog suit to rescue street dogs who dream of home and family.

A passionate Sardinian actress joins the rescue efforts when her beloved poodle is dognapped. She rallies her show dog friends to send the crime boss to the dog house–er, prison–and give street dogs the loving homes of their dreams.

Posted by Genene Valleau, writing as Genie Gabriel at 1:59 AM No comments: 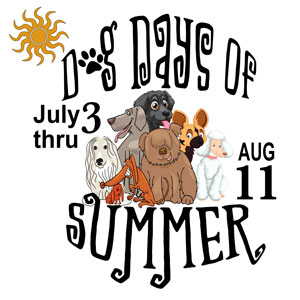